Considerable improvement in device performance of polymer-based optoelectronic devices is reported today in Nature Photonics by researchers from Ulsan National Institute of Science and Technology (UNIST), South Korea. The new plasmonic material, can be applied to both polymer light-emitting diodes (PLEDs) and polymer solar cells (PSCs), with world-record high performance, through a simple and cheap process.

The contrary demands of these devices mean that there are few metal nanoparticles that can enhance performance in PLEDs and PSCs at the same time.

Due to the limited availability of raw materials and the complex processing required to manufacture OEDs based on inorganic materials, the cost of device fabrication is increasing. There is great interest in thin-film OEDs that are made from alternative semiconductors.

Among these materials, organic semiconductors have received much attention for use in next-generation OEDs because of the potential for low-cost and large-area fabrication using solution processing.

Despite extensive efforts to develop new materials and device architectures enhancing the performance of these devices, further improvements in efficiency are needed, before there can be widespread use and commercialization of these technologies.

Surface Plasmon resonance is an electro-magnetic wave propagating along the surface of a thin metal layer and the collective oscillation of electrons in a solid or liquid stimulated by incident light. SPR is the basis of many standard tools for measuring adsorption of materials onto planar metal (typically gold and silver) surfaces or onto the surface of metal nanoparticles.

The team demonstrated efficient PLEDs and PSCs using surface Plasmon resonance enhancement with CD-Ag NPs. The PLEDs achieved a remarkably high current efficiency (from 11.65 to 27.16 cd A-1) and luminous efficiency (LE) (from 6.33 to 18.54 lm W-1).

This research was supported by a WCU (World Class University) program through the Korea Science and Engineering Foundation funded by the Ministry of Education, Science and Technology, the National Research Foundation of Korea Grant, the Korea Healthcare technology R&D Project, the Ministry of Health & Welfare, Korea and the International Cooperation of the Korea Institute of Energy Technology Evaluation and Planning (KETEP) grant funded by the Korean government Ministry of Knowledge Economy.
*Carbon-dot: Carbon dots (CDs) consist of carbon, hydrogen, and oxygen with a quasi-spherical structure in which the carbon shows the character of crystalline graphite. 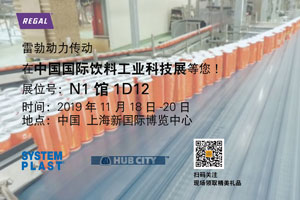